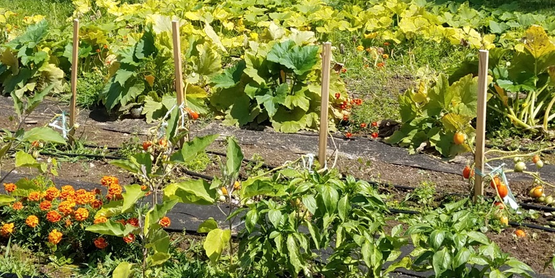 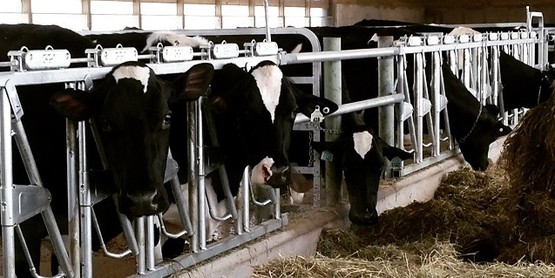 Why are cranberries served as part of the traditional Thanksgiving meal?

There is some thought that cranberries may have been served at the first Thanksgiving in 1623.Though the common or large cranberry (Vaccinium macrocarpon) is native to the New England region, historians are skeptical as to whether it was part of the feast. The Pilgrims were from northern Europe which is home to another species of cranberry that is extremely acidic and inedible. Presented with the similar but palatable New World species, Pilgrims probably would have been very suspicious. More than likely, they learned to use cranberries from subsequent interactions with Native Americans. Native Americans made the first cranberry sauce by cooking the berries and adding a sweetener (possibly maple syrup).Cranberries were also combined with venison and tallow to make dried cakes called ‘pemmican’. The high acidity in the cranberries helped to preserve the cakes.

Not only a food source to Native Americans, cranberries were also used as a dye and as medicine. Because they are high in Vitamin C and stay fresh for long periods, cranberries were eaten by sailors to prevent scurvy. Modern research indicates that they may contribute to urinary tract health. In the insect world, cranberry leaves are food for several pollinators including the copper butterfly, triton dagger moth, and saddle-back looper.

The name ‘cranberry’ is derived from the word ‘craneberry’.Dutch and German settlers thought that the flower of the cranberry resembled the head of a crane. Botanically, cranberries are categorized as ‘true berries’ and are closely related to blueberries. Like blueberries, the vining plants naturally grow in acidic peat bogs throughout New England. Flowers are present from June through August. The resulting berries start out green and ripen to a deep ruby-red late in the season. The berries have the best flavor if they are exposed to autumn frosts. The harvest period is from mid-September to mid-November. Since the berries remain fresh in storage for a month or more, they remain widely available at Thanksgiving.

Speaking of harvest, there is the persistent notion that cranberries grow in standing water. This is false and is a result of TV commercials show a farmworker standing in a cranberry field with water up to his thighs. To aid in harvest, cranberry fields are deliberately flooded only after the berries ripen. This causes the ripe berries to break off and float. They are then easily gathered with special rakes. While cranberries do prefer moist soil, they are not aquatic plants.

Locally grown cranberries can be hard to find and sell out quickly. Due to the high alkalinity of our soils, cranberries are difficult to grow in much of Jefferson and Lewis Counties. The nearest North Country farm growing cranberries commercially is Deer River Cranberry Farm located in Brasher Falls in St. Lawrence County. Be especially thankful if you can snag a bag of their delicious berries from retailers in Canton and Potsdam before they sell out.

Whether enjoyed in sauce, stuffing, pies, tarts, or jellies, cranberries are a quintessential part of the American harvest season!

View questions and answers from the past on everything from cows to vegetables to pests to maple syrup to farm economics, and more!

The Business of Farming

Get a chance to see the answer to your agriculture questions in the Watertown Daily Times and on Facebook. Email all questions to Mike Nuckols.