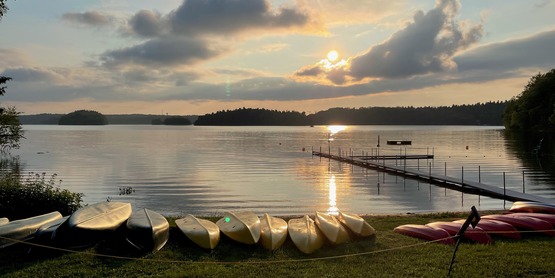 Working together at 4-H Camp Wabasso!

Board games on a rainy day at camp! 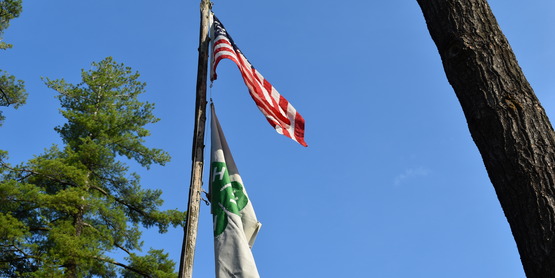 4-H Camp Wabasso is a residential summer camp located in Jefferson County just outside of Redwood, New York. This 177-acre facility is situated along 2/3 of a mile of pristine waterfront on Millsite Lake. Youth ages 6-16 will find exciting opportunities during the six weeks of residential camp or during one of our other programs. Campers stay in Adirondack cabins, dine in our modern dining hall, and enjoy a wide variety of fun, educational programming. From archery and astronomy to theatre and volleyball, there is something that is sure to pique the interest of even the most hard to please camper! 4-H Camp Wabasso promises to create memories to last a lifetime!

Cornell Cooperative Extension of Jefferson County first began its youth camping program in July 1925. The first 4-H camp was Camp Healthy on Point Salubrious in Chaumont. There was one week of camping for boys and one week for girls. Activities at the camp included tree identification, knot tying, health, campfire stories, boating, and games. The camp continued at Point Salubrious for three years until 1928 when it was moved to Guffins Bay near Pillar Point. The camp continued there until 1933 when the first 4-H camp at Camp Immukolee, between Adams and Lorraine, opened. In 1944, Jefferson, Lewis, Franklin, and St. Lawrence Counties camped together and rented Camp Tousey, the former YMCA camp near Theresa.

Jefferson and Lewis Counties continued camping at Camp Tousey until 1950 when Cornell Cooperative Extension of Jefferson County purchased the property now known as 4-H Camp
Wabasso. Wabasso means northland, an Indian name taken from Longfellow’s poem
Hiawatha. The camp was purchased for $6,000 and $38,000 was spent on improvements. The $38,000 spent on improvements in 1950 is equivalent to the most recent $300,000 goal of the 4-H Camp Wabasso Facilities Enhancement Project. One-hundred forty farm families donated $100 each and five organizations contributed $500 each to help purchase the camp and pay for the improvements.

When the camp first opened, girls slept in cabins and boys slept in large tents. Over time, more cabins were built along with a dining hall, arts and crafts building, bathhouses, and pavilions. Donations from individuals, businesses, and foundations were essential to fund the development of 4-H Camp Wabasso.

From Fort Drum From the North Gate, head north on US Route 11 to stoplight at the intersection with NYS Route 26. Turn left. Cross the railroad tracks (Stewart’s on right). Turn right onto Factory St. (County Route 46). At the “T,” turn right onto NYS Route 37 (see below).

4-H Camp Wabasso’s mission is to provide educational opportunities and hands-on activities in a safe and fun camp setting in the natural environment.