The invasive Asian jumping worm (AJW) has been confirmed in Jefferson County. In November a suspicious worm sample that was brought into CCE Jefferson was sent to Colgate University for positive identification. This destructive earthworm was found in St. Lawrence County in 2018 and we knew it was only a matter of time before it showed up in Jefferson County.

Asian jumping worms create an ecological disaster by rapidly consuming all the organic matter in a soil. This leaves behind a soil that looks like coffee grounds, is devoid of nutrients, and is highly susceptible to erosion. Worst of all there is no control.

All the worms that inhabit the soils in the northern portions of North America are NOT native. Any ‘native’ worms were scoured away by glaciers. Upon colonization worms were introduced from Europe. They were brought over in plants, or in soil that was used as ship ballast. Even though these foreign worms were not native, they are beneficial and well-behaved. They aerate and break up soil, stimulate microbial activity, and break down plant residue. All this happens in a balanced manner and nutrients are cycled slowly throughout the ecosystem.

Asian jumping worms behave differently. They live at much higher densities than European worms and have a high reproductive rate. They can reproduce via parthenogenesis, a process by which a female can produce female offspring without a male. That means that if just one worm is introduced to a site it can give rise to an entire population.

These voracious worms consume the organic matter in soils much quicker than European worms. This interferes natural with nutrient cycling and eventually leads to less regeneration in forests and a decrease in biodiversity across all trophic levels. The degraded soil is not habitable for most plants. AJW are also toxic to birds, amphibians, and other worms. Animals such as racoons, chipmunks, squirrels, opossum and moles will consume AJW.

Also known as ‘crazy snake worms’ or ‘Alabama jumpers’ the worms will thrash about wildly when disturbed. They can also detach their tails when handled. They range from 1.5 to 8 inches in length. AJW have a smooth, white-colored clitellum (the narrow collar found around the body of most earthworms) as opposed to European worms which have a raised pink-red clitellum. All other characteristics are subjective, making identification difficult.

Adult AJW do not overwinter in New York- the adults die once subjected to frost. The next generation passes the winter in small (poppy seed sized) white cocoons that are hardy to minus 40 degrees. Worms emerge in the spring and become mature in 70 to 90 days. At that point they are mature and can produce new cocoons. There are two generations per year versus European worms that only have one generation per year.

As mentioned, there are no controls for AJW. If you are suspicious that your soil is infested, mix 1/3 cup of ground mustard with one gallon of water and pour it slowly over the soil. This will irritate any worms and bring them to the surface (this is a sampling method, not a control; it will not harm plants or beneficial earthworms).You can then look for any jumping worms and bring suspicious samples to your local extension office for identification.

You can minimize the spread of AJW: 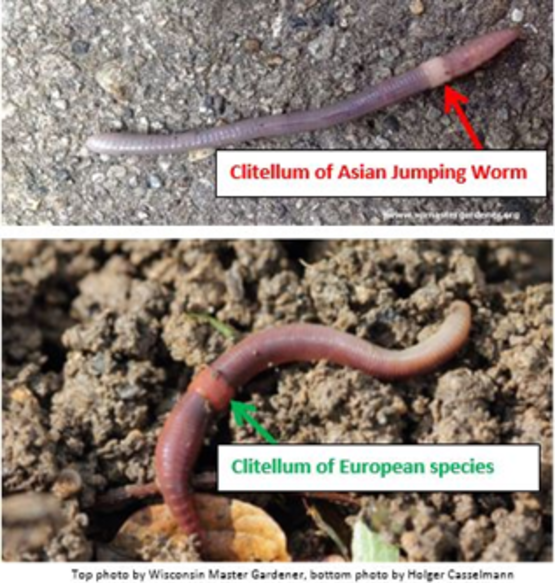 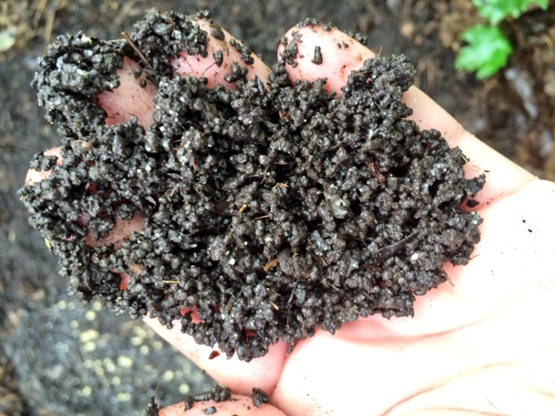 Fact Sheets are often shared between counties. Please contact your local Cooperative Extension for more information on this topic.